Back to the Future, Again 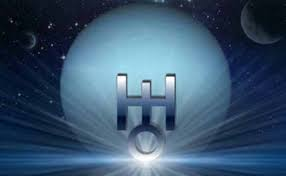 On May 15th of 2018, Uranus, that rebellious, planet of the internet and technology, freedom and feminism, that electrifying instigator of change, will begin operating in his non-traditional way, balking at the “old times.” Uranus refuses the status quo.  This is an action-master at work, stirring up trouble as he breaks cosmic rules. What can one say?  He is the bad boy of the planets. No rest for the weary when he’s around.  He operates on a high mental wattage thanks to his friend, Mercury.

Uranus is coming for a visit to stir up some energy.  To initiate change where it is long overdue.  His astrological foe, Taurus, who would rather maintain structure and predictability, will be charged with making change for the future.  This revolutionary partnership identifies the power of Taurus’ rulership with Mother Earth, finances/banking/currency, food and drink of the earth and the management of its land and property.

What grand surprises Uranus in Taurus is bringing to us during his lengthy visit! We need to keep in mind Uranus will visit other astrological signs during his visit of seven to eight years. Other signs will offer him some of their time and this will change his temperament depending on how he is welcomed.  This transient planet will move on to finer quarters on April 26th, 2026. Uranus will move about in the zodiac so some changes will have slow starts as he acclimates himself to the vibration of change.

Back to his upcoming visit with Taurus.  I can’t tell you exactly how Uranus’ visit to Taurus will be greeted.  For some it will be happy smiles; for others, perhaps disdain.  But what can I tell you?  You had a taste of it back in April and May of this year when a number of planets traveled through Taurus.  Think back, because it was a coming attraction, a snippet, of what is approaching.  It would be advisable to attempt a memory trip back to those months to recall what was going on for you.  Oh, don’t you wish you journaled?  I do! I do wish I had journaled.

Here it comes!  The first change–money, finances, taxes, moolah, whichever you choose–it will be a-changin’.   When you have time, look back and see the future.  Search for what was happening when this ever-changing celestial body called Uranus last visited Taurus, the sign associated with banking and finance, example: gold bullion.   I don’t want to diminish the significance of the tragedies and suffering of what was the Great Depression, which followed the tanking of Wall Street, or even the rationing of World War ll.  Those events were not unlike the devastation and heartbreak our brave brother and sister Americans have been facing recently these past days in the great states of Texas and Louisiana.

Back to bad boy Uranus.  In 2018, Uranus is going to couple with Jupiter in Scorpio. Jupiter teams up with Scorpio on October 10th, 2017, and will remain here until November 18th, 2018. Jupiter is the planet of expansion and optimism and will join the water sign, I-want-to-know-I’m-a-clear-and-deep-thinker Scorpio. Talk about strange bedfellows!  Interestingly, Scorpio rules the 8th House of the zodiac.  This is the House of Other People’s Money (banks, mortgages, loans, investments, scholarship money, wills, alimony, etc.), and Death, as an ending transition or a life transformation. Many financial changes will abound and all of them are worth investigating. For instance, cryptocurrency was introduced at the beginning of the second decade of 2000.  This new form of currency will expand in 2018. Today we have bitcoin, tomorrow may bring the fedcoin.

Here it is! Another example of back to the future.  We had these same astrological transitions back in 1935 when the Bank Act (which gave us the FDIC) came into effect–and weird as it may seem–Monopoly, the game of money and real estate, was published the same year. Get the game and learn it well, because you will be living it as Uranus transits in 2018 to making changes in banking, currency, food distribution, oil production, equality/freedom, and natural resources.

Uranus rules lightning, therefore changes may come quickly in the world of financial power. Perhaps this is the time when those companies and corporations who have not paid adequate or any taxes in the past, will now pay.  The Federal Reserve and its policy of quantitative easing (QE) will experience department upheavals in the system or the abolishment altogether of the QE.  We can hope the new way will have an allocation of funds for those tax-paying companies to hire people who seek to find a world outside of poverty.

One needs to prepare, be flexible and work collectively and creatively to produce a better system.  Working with others, we will be able to deal with these changes.  We all have a unique place in the rhythms of the times.  We must recognize our own self-worth. With these changes, we could see a rise in women in banking and industry.

The changes are unexpected, but likely.  They have the potential to be heavy-hitters. There will be changes and volatility in food, oil and land (real estate), in cost and production and delivery.  These will be harbingers of a flux.  When these changes occur, we will experience personal and employment equality and stability.

There is the possibility of freedom in our natural resources. For instance, the cost of electricity, Uranus’s favorite utility, will change.  Mother Earth will go through her own changes with an increase in land mass from oceanic (Scorpio) expansion (Jupiter), as a result of volcanic action.

In government, Jupiter (expansion) and Saturn (restriction) support the roles of Pluto (transformation). Capricorn, ruled by Saturn, has the primary function until 2025 of ruling the governing people.  This signals changes in government. I’m talking global here. Governments may collapse, the old way of governing will become outdated and will be remedied. New policies and ways of leading countries will be reconstructed. When these changes begin, some will happen quickly. Other systems of government will take time to be dismantled and re-structured. In the spirit of our old friend Uranus, fairness and equality will prevail with the help of Taurus, who believes in correcting mistakes of the past.