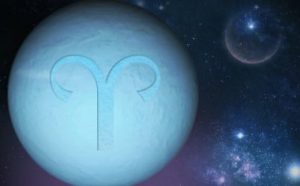 It’s time!  The long-awaited transition of Uranus from the Fire sign, Aries into the Earth sign, Taurus.  You’ve heard it in the non-celebratory sounds of the raised voices of those pro and con for change.  It’s everywhere. It’s Uranus’ prelude alerting the world and her inhabitants that change has crossed the threshold of time.

On Wednesday, May 15th, 2018, Uranus the awakener, the transformer, the rebelliously rude child of the Zodiac, brushes off his battle garb and greets the friend he hasn’t seen in 84 years, the earthiest of all the earth signs, Taurus.  Not unlike Aries, a departing friend, Taurus believes in the power of action, but he believes this action should be methodical, practical and for the good of all.  Uranus will impatiently stand by while the Suns exchange places.  Aries is the activist and feels he has done his job igniting the powers of the world and solemnly bestows upon Taurus, the mantle of responsibility. The jig-saw pieces of the world puzzle have been identified. Now, the catalyst for puzzle-solving takes his directorial place at the head of the puzzle table.  Well, well, no surprise here.  It’s Uranus, aka Father Sky, son of Mother Earth, Gaia.

Uranus lets it be known that his mother is not too happy with her home being littered with recyclable puzzle pieces and the sooner we get things back in order the happier she will be.  But, first Uranus will show his mother what she has taught him about tearing down the old to bring in a fresh and new environment.  His seismic activity for which he is well known will be demonstrated in Earth’s response to our neglect and apathy by using her elemental forces to clear debris.  Weather changes, volcanic eruptions, hurricanes, tornadoes: all her forces will be activated.  Taurus knows from this we must bring order and well-being, but any devastation will be costly. Taurus is in charge of gold, currency, stocks, bonds and the economy.  He knows what to do.

And this is why Taurus helpfully and hopefully accepted the assignment to be a puzzle solver.  Taurus understands his ruler, Venus the overseer of love, beauty and money will assist him. He is happy having his close friend the power wielding Capricorn nearby.  Capricorn feels comfortable at the table because his host, the planet of government, Saturn sits nearby.  Watch out, there are more players trying to get in on this puzzle of life.

Jupiter wants to sit in and optimistically looks at the disarray of the world’s puzzle and asks his friend and ally Scorpio how he’s supposed to give the occupants enough room for expansion if they can’t see what’s happening to Gaia.  Oh, they know. Scorpio takes ownership of the secrets, but not this time. Let everyone see what has been done to our world.  Oh dear, up to the table flows Neptune and his watery companion, Pisces.  Pisces says it will be all right. Neptune instructs Pisces to take off his rose-colored glasses and tells the sweet, loving fish that we all need the Sky Father here. We all need to understand: change is what we all need to right the wrongs done to man and earth.

Doesn’t Uranus love the adoration!  He’ll change everything.  In order to get the puzzle pieces securely interlocked we will have to look at each individual piece recognizing it is imprinted with properties of life’s well-being for all the people in our world. He begins to give his friends their lists of priorities. Here we go.  Uranus is a strong leader and wants the energy to follow his suit.  We can expect so many changes from currency to relinquishing the control others have over us. To do this Uranus will take us through a series of rebellions and revolutions.  Emotions are going to be on the rise.

Each of the puzzle solvers has something to say now.  Looking at his or her list we see the reason it is going to take seven years to complete the assignment. The list includes Taurus’ aptitude with money, teaching us that we have stewardship of our assets and our money, we must understand the gradual relinquishment of the current form of currency has started in many countries and we cannot lag behind.  He is up to inspiring people to understand food as medicine, replacing fungicides, insecticides with plant-based disinfectants for water and soil, the non-use of GMOs, revolutionizing the educational system to meet the needs of teachers and students, an increase in community awareness and the importance of Venus’ words and works of love and self-love. Venus understands Uranus’ role in the feminine movement. He instructs both Taurus and Venus to take heed.  Women will be on the move in banking and the changes coming with the new currency.

Saturn will re-structure government policy in defining or re-defining our system of currency, the length of time one serves in office and the system used to bring them to office, the abolishment of insider trading in government through trusteeship, the finalization of policies for immigration and naturalization, tax reform’s place in our financial future, and the realization of government as a corporation that requires balance.  Capricorn says he will work with Saturn to fit the pieces together in re-defining of public policies and the establishment of an overseer in public dedicated buildings, prompting a change in building architecture that is more digitized and efficient for all.  He would like to do more about construction if he is allotted a bit more time as he will be moving out of his office in 2020.

Each of the puzzle builders recognizes his piece now contributes to the corners and the frame of the puzzle.  There is much more to do before the center pieces successfully interlock to heal the world.  They’ll be at it for a long time.  There will be others builders crossing the threshold as the years move on.

Uranus will be sure the air stays charged with electrical excitement. Some of us will feel sadness while experiencing some of these changes. But like others, we’ll eventually welcome the changes.  We must keep in mind and in our hearts these changes are not for a few, but for the people of the whole wide world. We are not just the players on the world’s stage we are the directors and without our courage, direction, determination and vigilance there is no play, there is no puzzle to be solved, we are the power.

We each are given a piece of the puzzle to work on in our personal lives, depending where Uranus and Taurus are birthed in our natal charts and where they have decided to transit for the next seven years.

Pull a chair up to the table and join in the solution of the world puzzle. By the way, my piece of the puzzle is marked Astrology.  I’ll try to write more about each astrological sign and what your role description is, but also how you benefit as the time goes by. 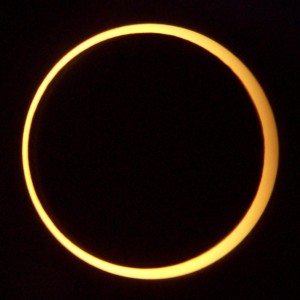 On Thursday, September 1st, there is a New Moon, Solar Eclipse in Virgo.  This is a significant Eclipse.  It generates powerful energy because the Sun and Moon are all aspecting or in a relationship with the Sun and Moon, along with the planet Saturn, the governor of restructuring, and wouldn’t you know it, government! To top it all off, the nefarious and mysterious planet, Neptune, brings his imagination, magical tricks and dreams to the party. Mars, the warrior planet wants to do a square dance with the illusionary Neptune. Early arrival Mercury is tottering on the doorstep, he doesn’t know why everyone won’t listen and is passing him by.  He got his invitation, but wastes his time passing out misinformation and trying to re-direct the other party-goers.  Thank the Universe that the health-minded and microbe-aware Virgo is giving the party.  Any antics Mars pulls could need medical attention. Watch your step, Mercury, you’re today’s lord of misinformation, the celestial guests are passing you right by. There will be other planetary visitors, but I think Saturn and Neptune will have a big influence on how noisy and loud the party will get.  They can bring a profound influence on the cosmic celebration.

There are a lot of possibilities with this gathering.  The noisy television pranksters who deliver the media news could bring Mercury’s poor direction, and ideas to the outlets, that may upset and shock some of us party attendees, false illusions of the  system could get out of hand. The unsolicited gifts, the favors and goodies usually presented as entertainment will become fodder for debate. Many of the stories told in debate are illusions and fail as debatable script, this along with the rhetoric turn out to be the tomes of the fear provoking war mongers.

The surprise of the party is the wafting scent of fresh brewed coffee. Now, all the wallflowers make an excited run for the sanitized Virgo kitchen.  Yes, it’s that time. They’ve awoken, and they really want to smell the rich scent of the truth. No more sitting around waiting for the next dance of the planets, no more wasting time on what could have been, the “what-ifs.”  The wallflowers are us and we are better informed. No more posturing, no more wasting our time, no more listening to the talking heads. We look to the future gatherings of all the celestial bodies, not just the ones that come to excite, deflate and use our minds so we are addicted to their distortions of truth, their mongering, and their fighting over air waves.  We are here on earth observant of the truth, the facts, we want and receive only those words that speak that truth, and lead us to our most desired peaceful co-existence in this lifetime.   Hope you enjoyed the party. Oh, forgot to tell you.  Your St. Valentine’s Day invitation is in the stars, and will be delivered in time for the conclusion and bon voyage to this raucous Solar Eclipse.  Thanks for coming………..P.